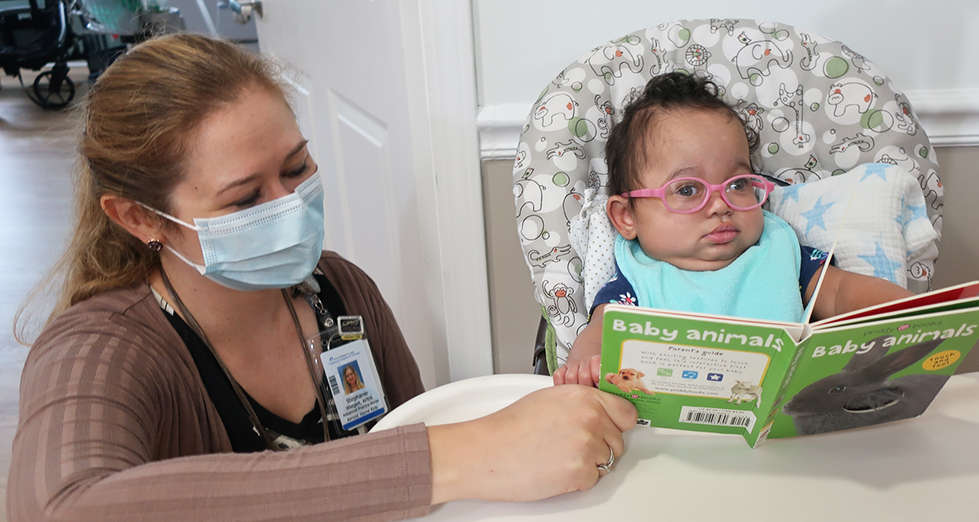 Congratulations to our amazing APRN Stephanie (Stephanie Wiegert, DNP, APRN, CPNP-PC) for being nominated for APP (Advance Practice Provider) of the year at Lurie Children’s. Stephanie was not selected as the winner of this prestigious award, but just being nominated deserves a big congrats and is an awesome achievement! There are over 300 possible candidates for this award.

Here are some of the cool things Stephanie’s colleagues wrote about her during the nomination process:

“Stephanie is a team player! She joined Almost Home Kids as the new APRN on the team earlier this year, at a time when one APRN was leaving, and the only other APRN was on leave. Stephanie did not hesitate. She jumped in with both feet, helping to cover both sites. She is passionate about children with medical complexities and is always willing to sit down with families and discuss all their concerns and address any worries they have about their child.”

“Stephanie is a new APRN at Almost Home Kids and has been nothing but an asset since beginning. She is very knowledgeable and comes to us with so much compassion and expertise. She carries professionalism in her communication and care with coworkers, families, and the children in our care. She is a great team player and always is open, willing, and looking to learn and collaborate with others.” 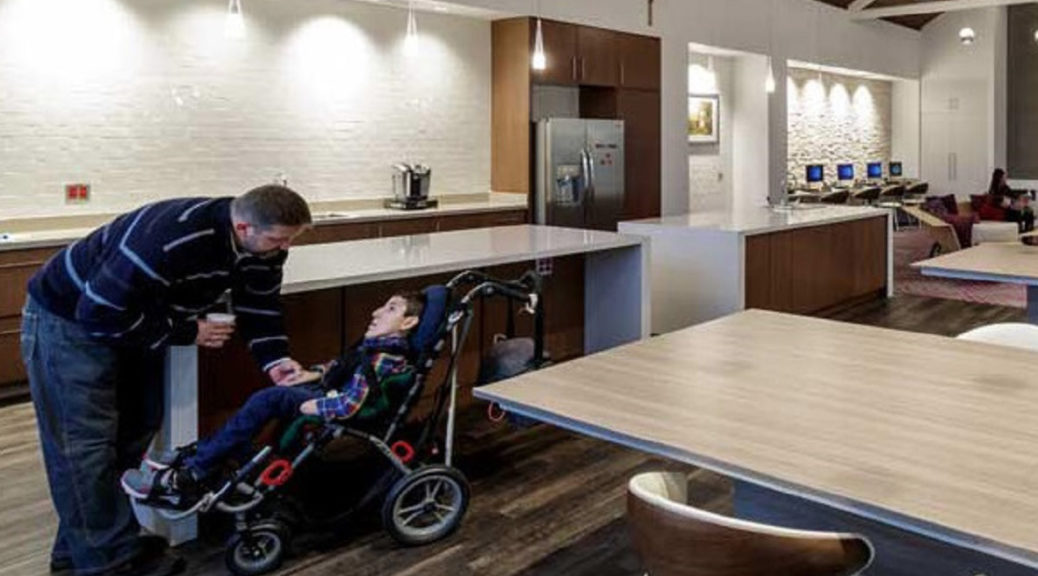 We are thrilled to announce two new additions to the Almost Home Kids at OSF HealthCare Children’s Hospital of Illinois operational and clinical team.

Cindy Martin began her role as Director of Almost Home Kids at OSF HealthCare Children’s Hospital of Illinois in November 2020. Cindy has been with OSF HealthCare for nearly 15 years. She started her career at OSF as a Charge Nurse on the Mom Baby unit at OSF SFMC and served in various leadership roles over the years, most recently as the OSF SFMC Director of Women’s Services. In that role, Cindy directed the Mom Baby, Newborn and Women’s Care units as well as the MFM Diagnostic Center, CFH Breast Center and the Breast-Feeding Resource Center. She is an adjunct Professor at Bradley University. Cindy has a son Alexander, daughter Mollie and a granddaughter Lilah. She loves to spend time with family and friends in her free time.

Brittany King is joining the team on February 8 as Patient Care Manager. Brittany has 5 years of experience in Women Services and has been a part of the OSF HealthCare team since 2015 where she started as a nurse extern on the Antepartum unit. She earned her Bachelor of Science in Nursing from Saint Ambrose University, of Davenport Iowa. Brittany has previously served as a Primary Charge RN on the Women’s Care Unit, which then led her into her most recent position as the Patient Care Supervisor of the Women’s Care Unit and Maternal Fetal Diagnostics. Brittany grew up in Morton and will soon be moving to Hanna City, with her new husband Travis and black lab Mia. Brittany enjoys spending time with friends and family, traveling and spending time outdoors.

2020 has been a year unlike any other with social distancing and restrictions on large gatherings and all sporting events canceled and we’d like your help in putting that behind us & moving forward! We are looking for runners who are motivated to kick off the 2021 running season and support Almost Home Kids at the same time! The 2021 Shamrock Shuffle is still on with a virtual twist.

The race weekend will kick off on Friday, March 19th and culminate on Sunday, March 21st with runners (or walkers) competing with friends & family in virtual races. (8K or 2-mile walk) in your own neighborhood across the city or even in different states.

Anyone can join our AHK team! Just click here!

We are encouraging you to register  for the run on the Bank of America website and we are asking you to challenge your network to get excited for your & support your run with donations that will go to support the Almost Home Mission.

We ask each runner to set a goal to raise $100 as a donation. Everyone that joins the AHK team and raises a minimum of $40 will receive a dry-fit running short sleeve shirt. We need to hear from you soon to get your size so we can mail your shirt!

We are encouraging our runners to run a virtual race and take a photo of themselves in their AHK running shirt to help make a difference through their fundraising efforts. Whether it’s the treadmill or on the lakefront (at a safe distance from everyone else), we hope to bring you a new type of team photo! Photo above is from pre-COVID-19 days! 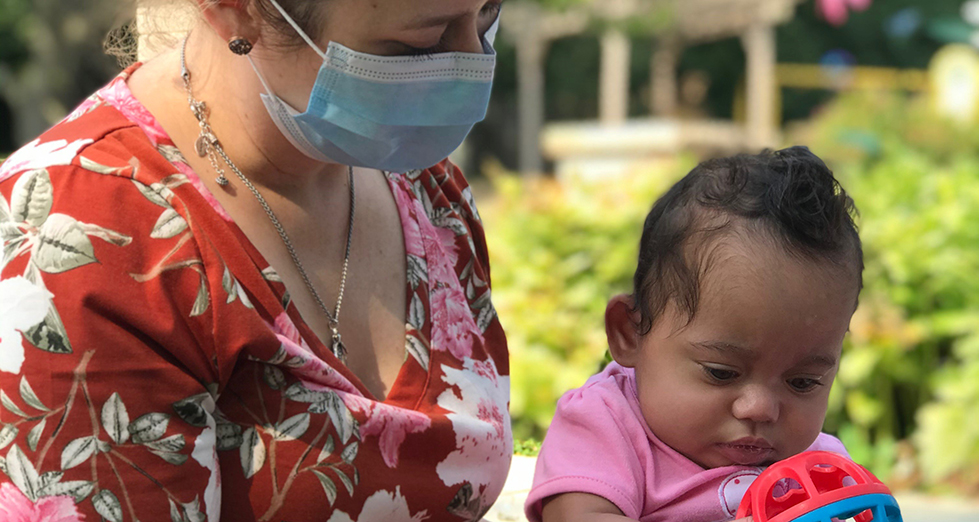 2020 has truly been challenging and life-changing in so many ways. The affect of the pandemic has impacted practically everyone both locally and globally. At Almost Home Kids we have worked tirelessly to ensure the safety of the children in our care and their families, and that our staff stay safe and well. Thanks to your generosity, we have been able to make that happen.

It’s a team effort and we are so grateful to have the most amazing Board and Committee Members, Donors, Supporters and Volunteers helping us navigate the difficulties and rise to challenges. 2020 was an historic year, and we are all looking forward to better days ahead in 2021.

Please download our 2020 Annual Report for all the details. 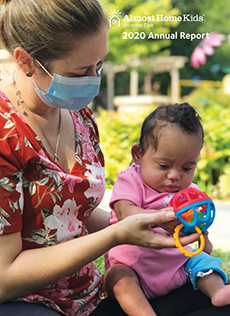 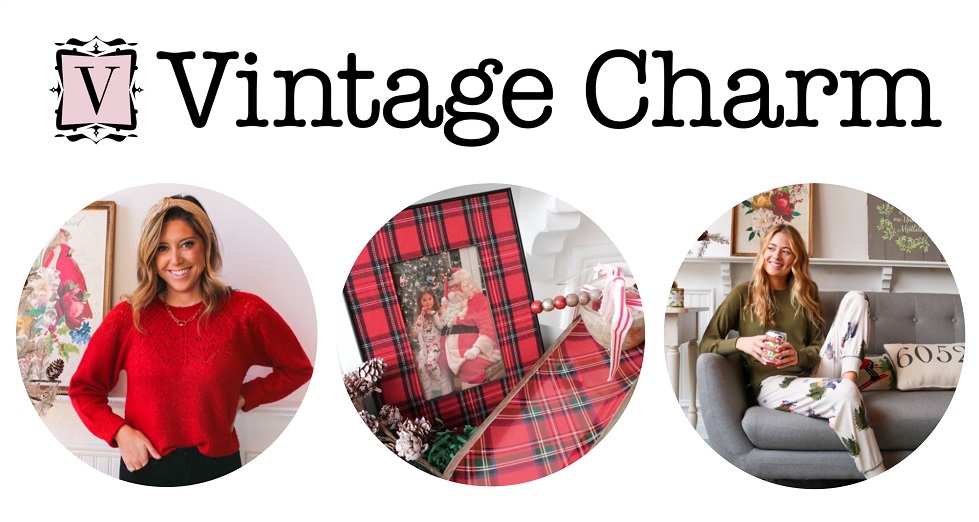 Please join us on December 17th for a day of shopping at Vintage Charm in Hinsdale to benefit Almost Home Kids. They have some amazing and unique gifts perfect for the festive season AND they will donate 10% of all sales back to Almost Home Kids.

You can shop online at Vintage Charm or in-person on December 17 between 10 am – 5 pm at the Hinsdale store (52 S Washington St, Hinsdale, IL 60521). Just add Almost Home Kids in the comments section or at check out. 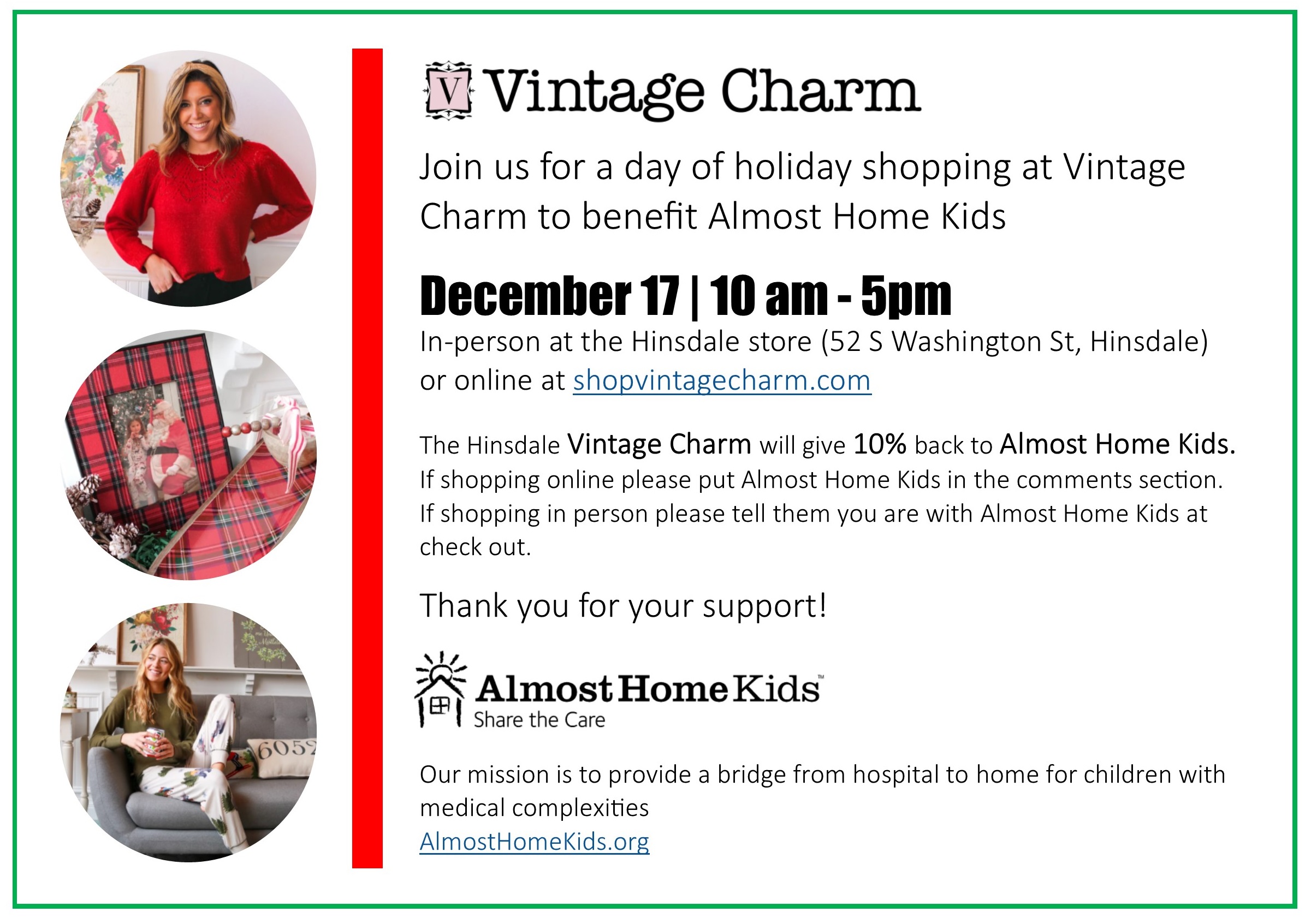 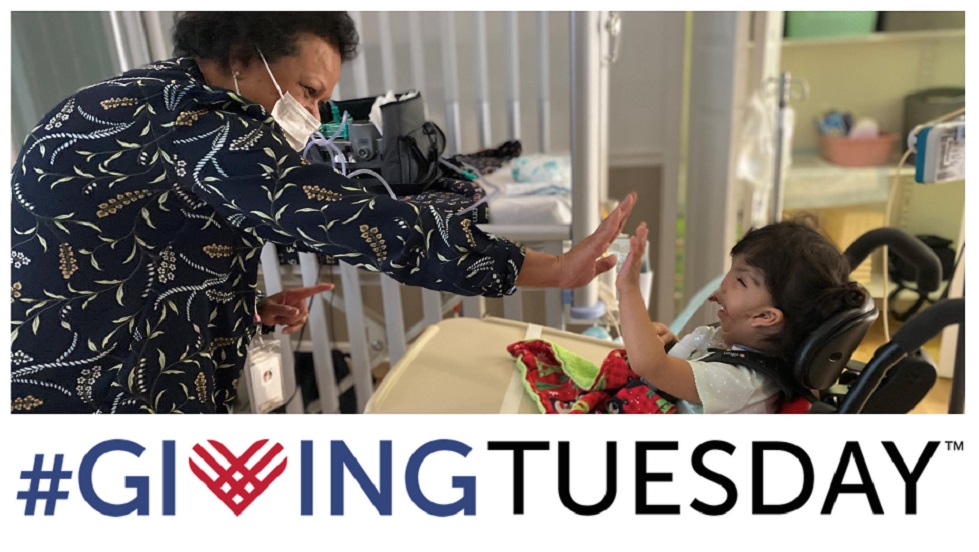 2020 has truly been a year of challenges and changes. Many people have been adversely affected by this terrible pandemic, and life has changed for everyone on the planet. One constant we have experienced here at Almost Home Kids is how our supporters, donors, Board and Committee members have stepped up time and time again to really make a huge difference at AHK. An impact that is needed this year more than ever, and we cannot express how grateful and appreciated this support means at AHK.

Thanks to Jet Brite Car Wash and The Coleman Foundation for their significant dollar match which has helped us break our own record with this amazing total and to YOU for making it happen. 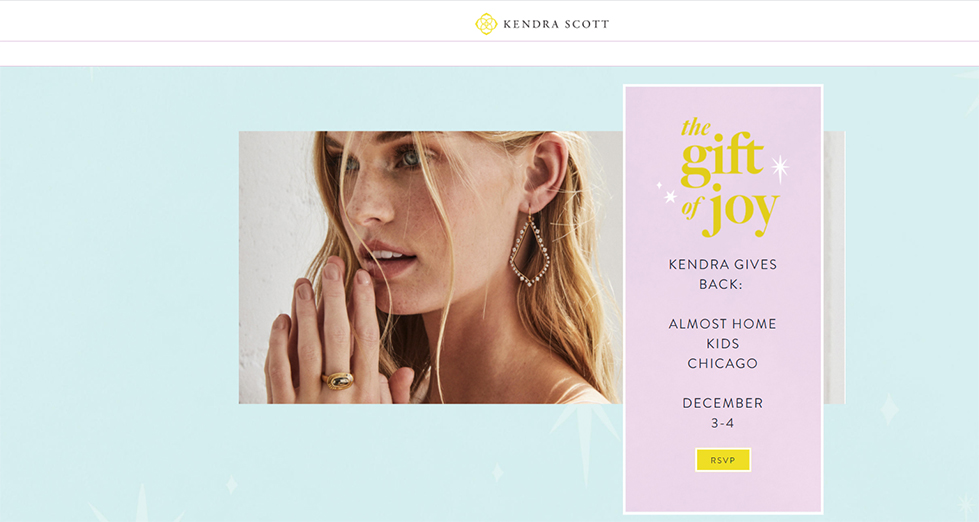 The Gift of Joy – KENDRA GIVES BACK
DECEMBER 3-4
Here are the DETAILS
Shop online at KendraScott.com  (https://kendragivesbackalmosthomekids.splashthat.com/)
Enter code GIVEBACK-0BHB in your cart or at checkout on www.kendrascott.com, and 20% of your purchase will benefit Almost Home Kids Chicago.

This fabulous annual event is usually held at the Kendra Scott store at 900 N Michigan Ave, however due to COVID-19 restrictions the event will be virtual this year. It’s a great way of picking out some cool holiday gifts AND helping AHK as 20% of all sales will be donated back to Almost Home Kids!

About The Young Associates Board (YAB)
The YAB is comprised of young professionals in the Chicagoland area dedicated to strengthening the message of Almost Home Kids through awareness and fundraising events. Throughout the year, the Board holds meetings, social outings and participates in community activities to support the mission of Almost Home Kids.

The YAB Executive Board consists of three permanent officers: Chair, Vice Chair and Secretary. Additional spots are reserved on the Executive Board for Committee Chairpersons and the Event Chair. We recently had a change of leadership, as Allison Cipolla stepped down as Chair – We are very grateful to Allison and her excellent Board, including Hannah Evans, as they brought in new members and hosted two incredibly successful fundraisers “No Place Like Home”

For more information on how to get involved please contact Nazanin at: nsalehitezangi@gmail.com

About Kendra Scott Jewelry
Kendra Scott thoughtfully and joyfully connects through beautiful jewelry that gives back to the causes and people their clientele cares about most. 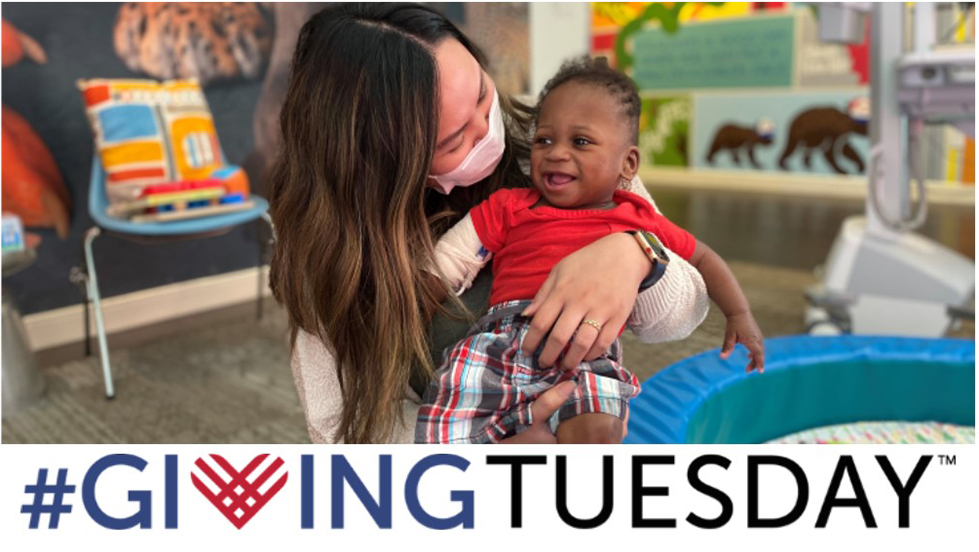 Thank you for including Almost Home Kids in your year-end giving plans. Jet Brite will match your donation, dollar-for-dollar, for any gift made from 11/1 – 12/1/20!

Let people know that you are thinking about them during these challenging days of isolation. A gift  in honor or in memory of a loved one is a meaningful way to recognize people you admire. We will mail a note card to the individual(s) being honored or to a bereaved family member, informing them of your thoughtful gift. 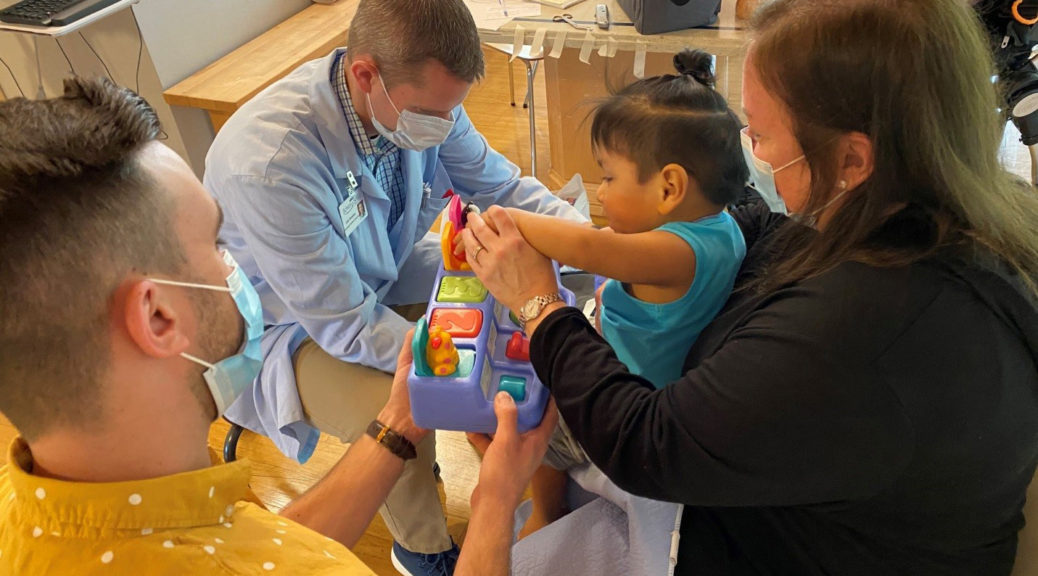 When you think about Physical Therapy (PT) with the cute children of Almost Home Kids you likely think about the hands on time we spend with our kiddos. These play based PT sessions which help the children develop strength, coordination, and mobility are often the most visible and fun part of providing therapy.  But, there is a lot of behind the scenes care that is taken to support them as well!

The Physical Therapists are involved in ordering and obtaining equipment like specialized strollers and bracing which help them tolerate being in more upright positions to play and interact. They also participate in medical rounds and in working together with parents and other professionals to keep the fun activities going even when they aren’t there.

Our PT Therapists are amazing, and we are proud to celebrate Physical Therapy Month and applaud their important work. 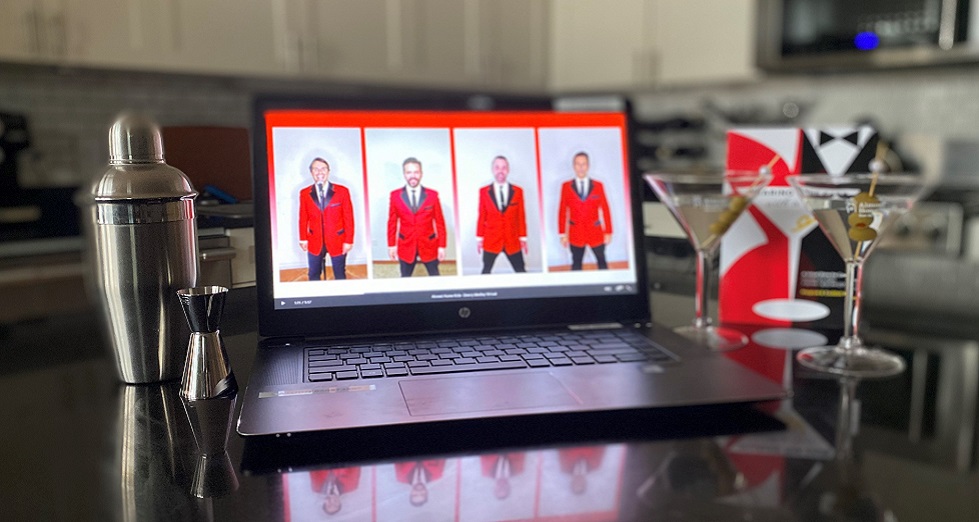 The Share the Care Ball on October 23rd was renamed “Sharing the Care with a Twist” and was held in spectacular fashion online.

The Twist was that it was virtual, but the 50’s event definitely took the twist to a new level with martini recipes, 50’s music led by the amazing Ken Arlen and the Evolution Orchestra and a spectacular appearance by the Jersey Boys “Oh What a Night” group. The evening was complete with host Janet Davies (ABC7) and cameos from Steve Cochran (WGN) and Sasha Farber (Dancing with the Stars), with segments from our wonderful organizing committee led by Terri Danko and Jen Horsley entertaining the very generous 110 registrants and raising almost $100,000!!! Karin Prangley and Jen Horsley provided some of the evening most memorable and fun segments, and there were heartfelt and poignant videos from Almost Home Kids.